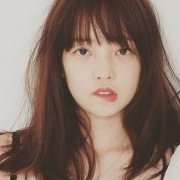 Spazz
[Haradoll] Hara Solo Debut - ALOHARA (Can You Feel It?)